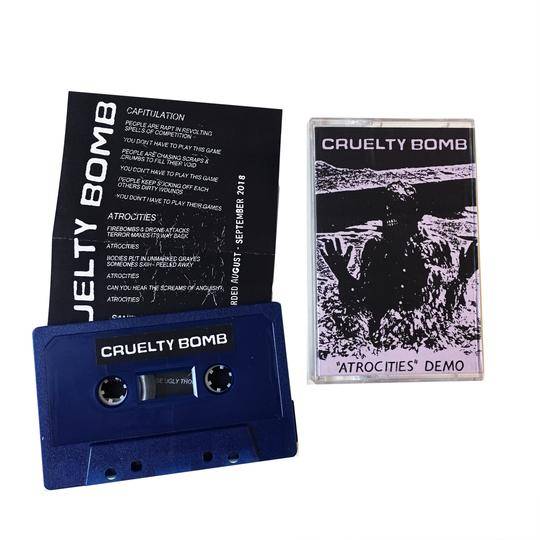 Cruelty Bomb: ’Atrocities’ demo cassette (Sucks Blood) Debut 5-track demo from this LA d-beat band featuring members of Blazing Eye. It can be hard to get excited about d-beat these days, but Cruelty Bomb will turn even the most jaded head. It’s tough to say what elevates the band… on the surface, these are just four super fast, Cimex / Shitlickers-style rippers with a mid-paced pit-clearer to close things out, but they’re so energetic and well-executed that you can’t deny their power. A lot of that, I’m sure, is down to the recording, which (like Blazing Eye’s recordings) finds the perfect balance of rawness, clarity, and aggression. The mix sounds like it’s pushed into the red, like your speakers are straining, but you can still hear every instrument, even every drum, playing its essential role on these tracks. Whatever undefinable quality it is that separates a face-melting hardcore recording from another run-of-the-bill good release, this thing has it.