Record of the Week: Collate: Communication 7" 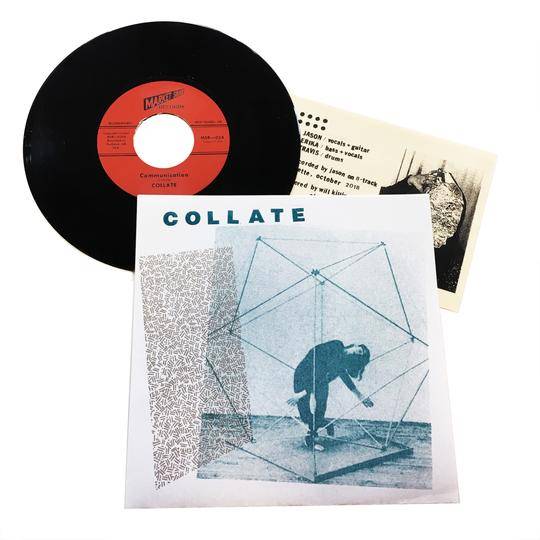 Collate: Communication 7” (Market Square) Latest single from this Portland band on the reliable Market Square Records. We’ve been following Collate since their early days of cassette-only releases and their self-released 12” was our Record of the Week this past August, so I was excited to hear these new tracks. While you can still hear the Delta 5-style mutant funk groove driving the bus, on the whole these two tracks sound more brittle, experimental, and confrontational than the tracks on Liminal Concerns. The abrasive recording and experimental edge remind me of the Fall’s Dragnet album, but there’s a New York no wave-style “mutant funk” element too. As someone immersed in the hardcore scene but into more experimental sounds, this is exactly what I want to hear right now. Pity it’s so short, but until further notice Collate are in the “must hear every note they release” pile.