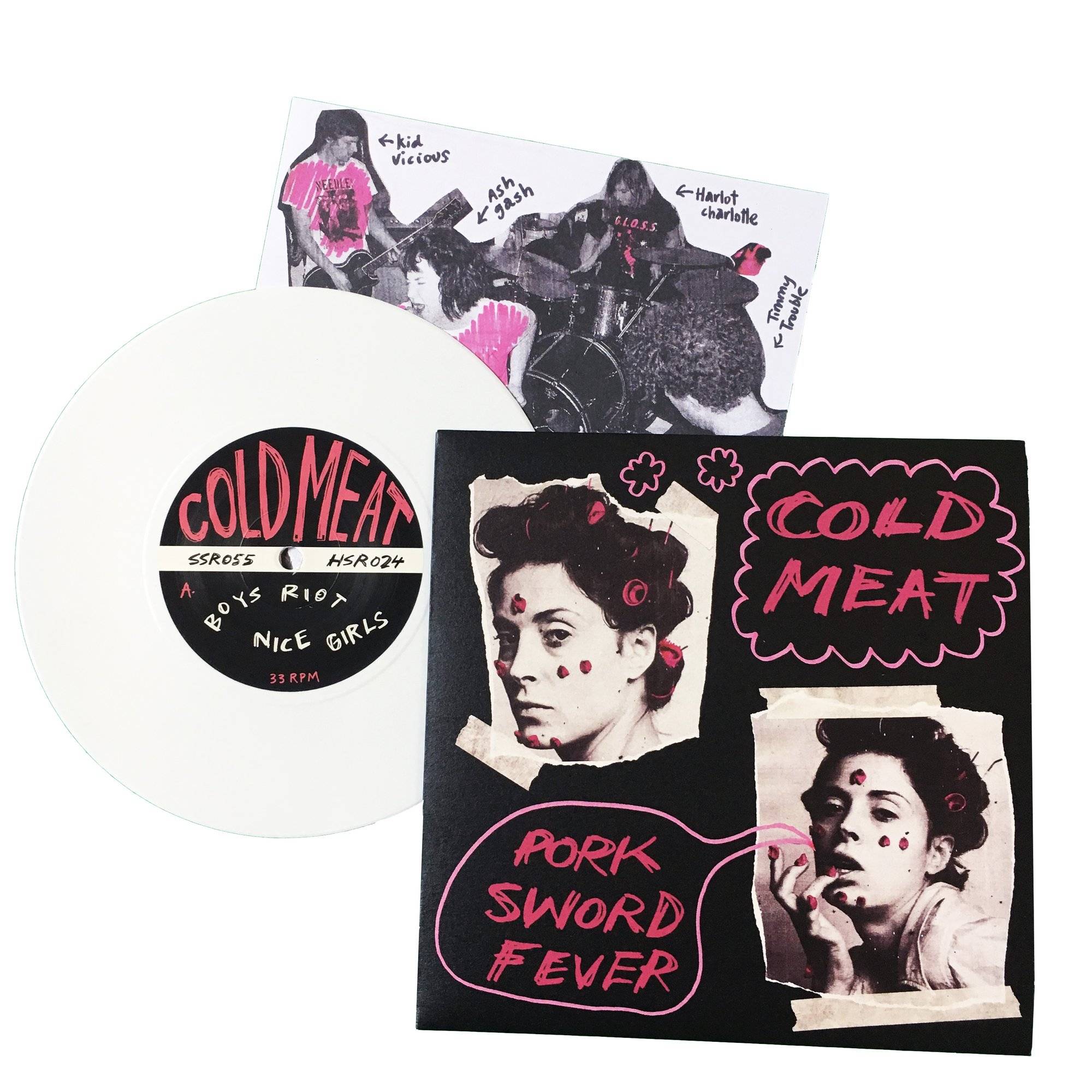 Cold Meat: Pork Sword Fever 7” (Static Shock) Second 7” from this killer band out of Perth, Australia, though I'd forgive you for thinking Cold Meat are from London because they bear more than a passing resemblance to the almighty Good Throb. Like Good Throb (particularly on their LP), Cold Meat have a knack for making straightforward garage-punk sound as vital and as menacing as the genre has ever sounded. They’re not afraid to hang on a riff like Wire did early on, but the songs never get boring. That’s because the riffs themselves are as earworm-y as punk gets, and Cold Meat also has a notably powerful and charismatic singer. Most punk and hardcore vocalists these days yell and bark, but it’s rare to hear a vocalist who sounds like they mean it, like they’re the most terrifying drill sergeant ever and you’ve just stepped out of formation and have hell to pay. That’s what Ashley sounds like, and I imagine that if she gets in someone’s face with that voice the immediate response would be a wounded “yes ma’am” and a quick stop to whatever caused the confrontation. It resembles the power and authority that makes John Brannon one of the best hardcore vocalists ever, but this doesn’t sound like Negative Approach at all… it’s basically garage-punk, but with the meanness knob turned up to 11. If you like your punk loud and aggressive but still very catchy and minimal I can’t recommend this one highly enough.