Record of the Week: Children with Dog Feet: Curb Your Anarchy cassette 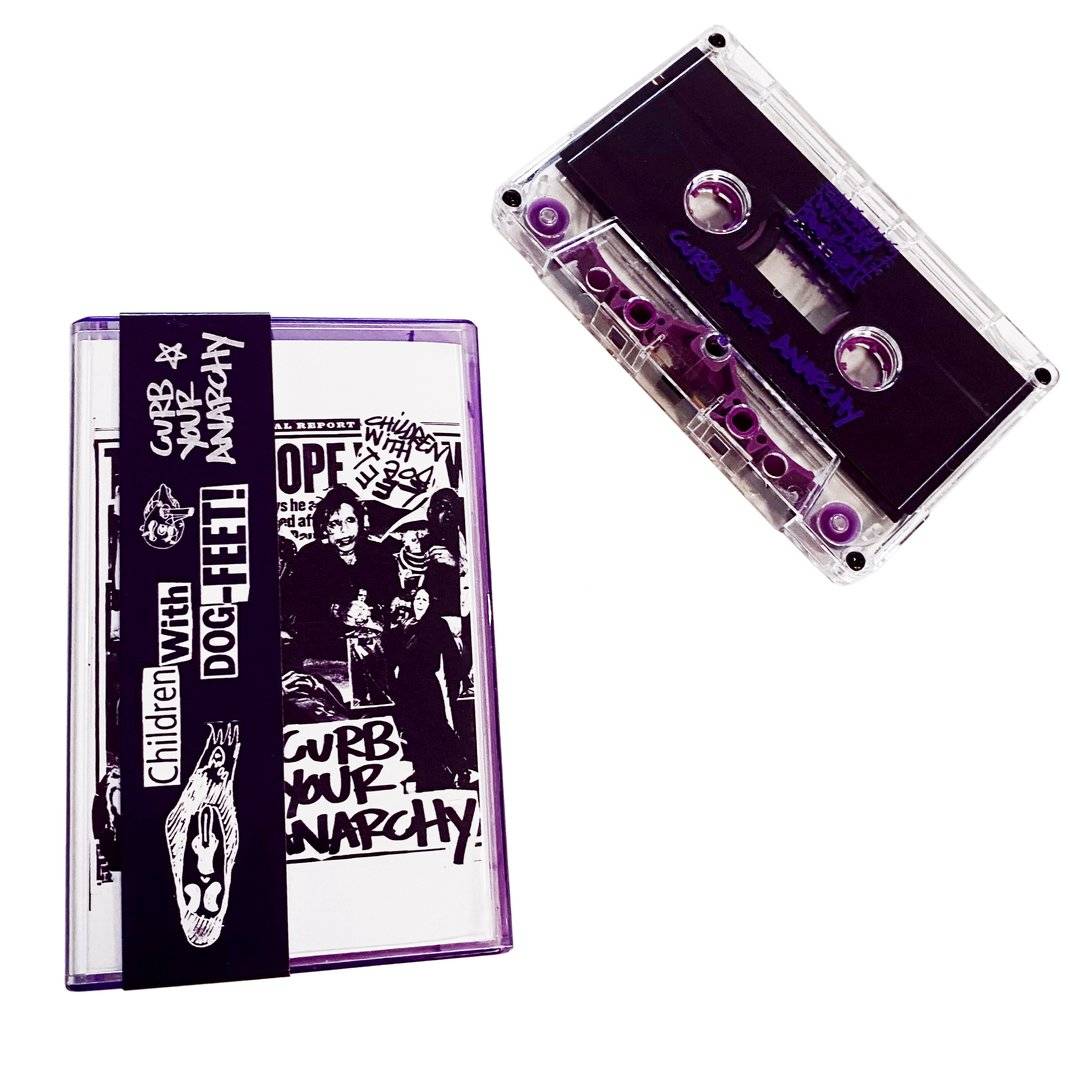 Children With Dog Feet: Curb Your Anarchy cassette (Toxic State Records) It’s been way too long since we heard from New York’s Toxic State Records—their last release was the latest Hank Wood EP last March—but this tape from Children With Dog Feet comes back on a strong note. I could spend all day listing the other projects the four people who comprise Children With Dog Feet play and have played in, but suffice to say it’s an all-star lineup featuring a bunch of very familiar faces. Chi from Anasazi and Blu Anxxiety handles vocals, which are as dramatic, unhinged, and memorable as they are in those other two projects, and those groups’ death rock sensibilities are a big part of the equation for Children With Dog Feet too. However, whereas a lot of “death rock” bands have a streamlined sound, Children With Dog Feet feels chaotic and maniacal. The songs are dense and noisy, the sound rich with texture rather than spare and lonely. While I know these musicians from punk, the songs themselves are kind of odd, sidestepping normal punk modes of riff-writing and song arrangement. It all adds up to a unique sound, and as with my favorite contemporary punk from New York, the visual aesthetic is just as well executed as the sonic one.