Record of the Week: Cesspool: We Hide Among You LP 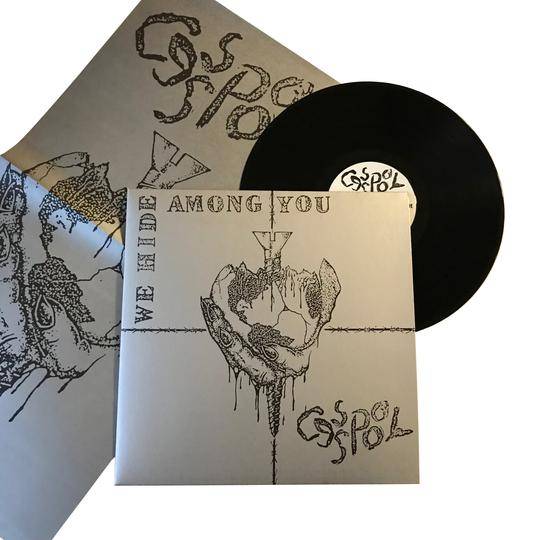 Cesspool: We Hide Among You 12” (Adult Crash) Bummed that Warthog hasn’t released an LP yet? Well, this debut LP from Denmark’s Cesspool might help tide you over. I wouldn’t say Cesspool is biting Warthog’s style, but they deal in a similar market of mid-paced, pit-clearing riffage, punishing drumming, and charismatic vocals. In a typical hardcore band, the fast parts are the base and the breakdowns are the sauce, but Cesspool flip that equation, only bubbling over into a full-tilt thrash a few times over the course of these 8 tracks. However, I don’t see anyone complaining because these riffs are burly as hell, edging right up to being dumb but staying on the tastefully crowd-pleasing side of that line. The production is also huge and powerful, but with the perfect amount of grit. Throw in cool packaging (including a sick black-on-silver poster insert) and you have one crushing hardcore record.