Record of the Week: Burning Image - The Final Conflict 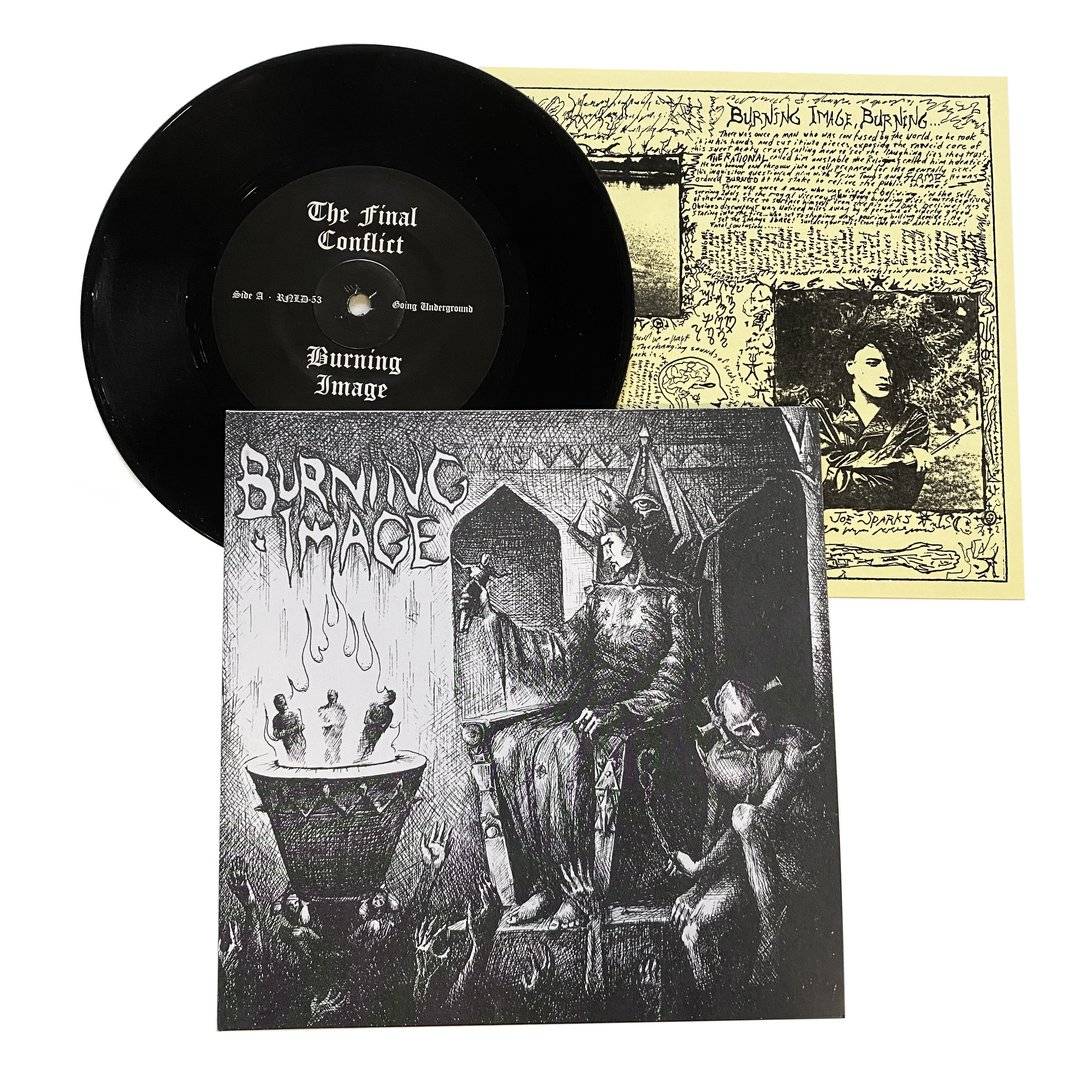 Burning Image: The Final Conflict 7” (Going Underground) It never ceases to amaze me what killer vintage punk remains undiscovered and new to my ears. I long ago gave up being arrogant enough to think I’ve heard everything, because there’s a near-constant drip of buried treasures blowing my mind. The latest case in point is Burning Image, a death rock band from Bakersfield, California, who released a two-song single in 1984, of which this record from Going Underground Records is a reissue. I’m surprised the original (of which were 500 copies) only seems to sell for around $50 online because this is just a perfect single. The two tracks are in the vein of T.S.O.L.’s Dance with Me, Only Theatre of Pain-era Christian Death, and the best 45 Grave material. This is the sound I think of when I hear the term death rock, i.e. Southern California punk raised on a steady diet of the Damned, getting hip to the first wave of UK goth, and committing to that aesthetic with the same absorption with which Black Flag stalked their path. And not only are the style and aesthetic spot-on, the songs just rule. If you like that California Death Rock sound, you need to hear this record.