Record of the Week: Blaze - Still Nothing Ever Change 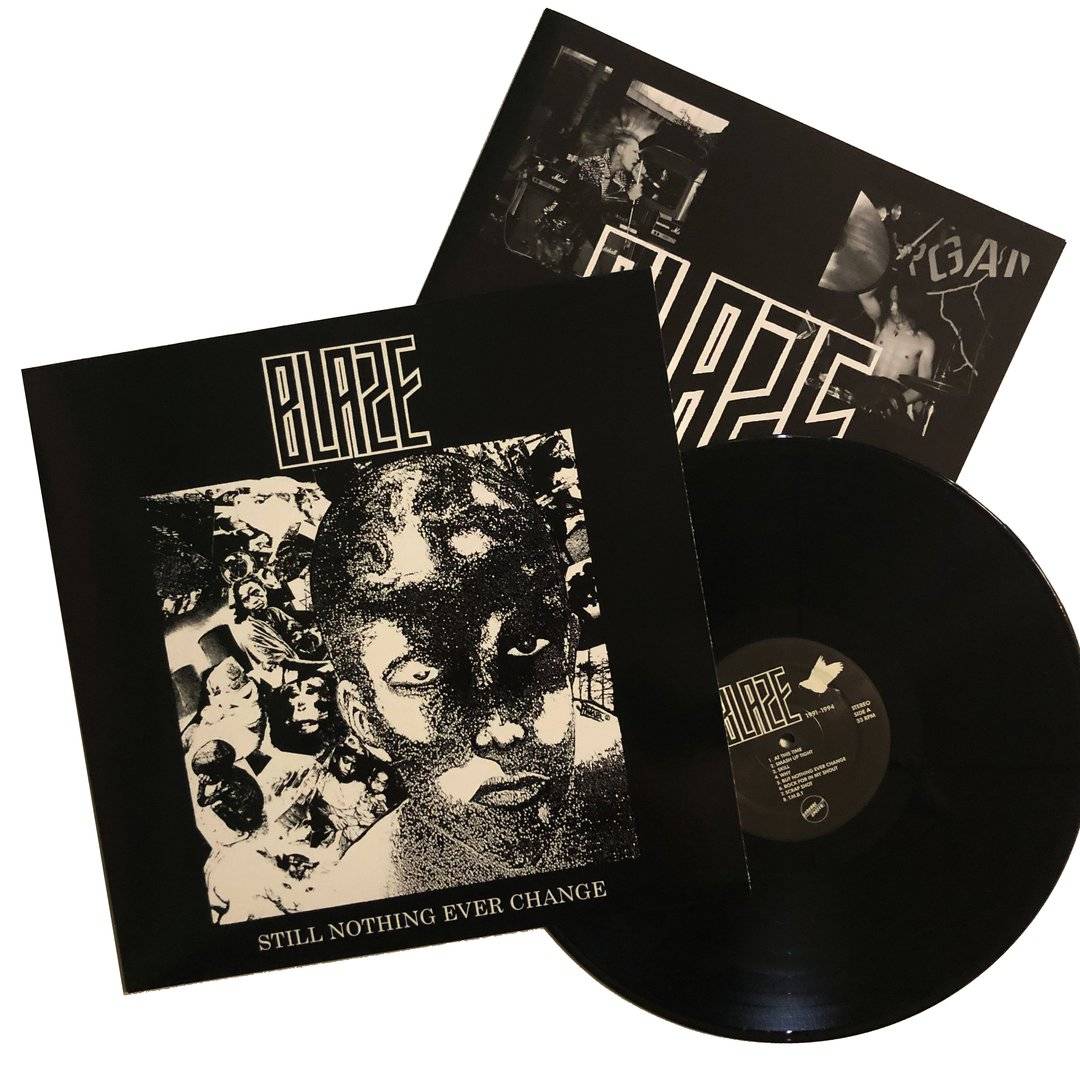 Blaze: Still Nothing Ever Change 12” (General Speech) General Speech Records presents an official reissue of this 1992 Japanese hardcore ripper, expanding the original 5-song 7” to a 14 track LP and/or 21-track CD. A friend turned me on to Blaze’s EP in the early 00s, and it’s always been one of those records I could play for people who hadn’t gone super deep with Japanese hardcore that would get them excited. While I wouldn’t put Blaze in the same top tier as Bastard, Death Side, or Nightmare, they’re coming from the same place, and the raw production, fast tempos, and occasional blazing guitar solos are what you’re looking for when you’re digging deeper into the early 90s Japanese hardcore scene. Listening to Blaze for the first time in a while, the band I’m reminded of most is Warhead, particularly their classic Cry of Truth EP. Blaze’s original EP came out just a year after Cry of Truth and has a similar production and songwriting style and vocals that are uncannily like Jun’s, so if you’re a Warhead fan and you haven’t gotten hip to Blaze, seize this opportunity to rectify that. General Speech has done an excellent job with this authorized reissue, scaling up the packaging in a way that feels authentic to the original EP. If you like the EP, I’d classify the bonus tracks on the LP version as essential. When you listen to the LP, there’s no discernible drop-off in quality (either songwriting or production), and unlike some compilation records, it sounds like a coherent full-length rather than a mish-mash of tracks and sessions. While it’s cool to have the tracks on the CD version, that feels more like a compilation as there are a couple of repeated tracks and the non-stop intensity can be exhausting by the time you make it to the end of the disc. General Speech covered all of their bases with the three different versions of this release, so grab the LP if you love Japanese hardcore or grab the CD or LP+CD if you’re a total fanatic who needs to hear everything.