Record of the Week: Assault & Battery - Complete Session May 1981 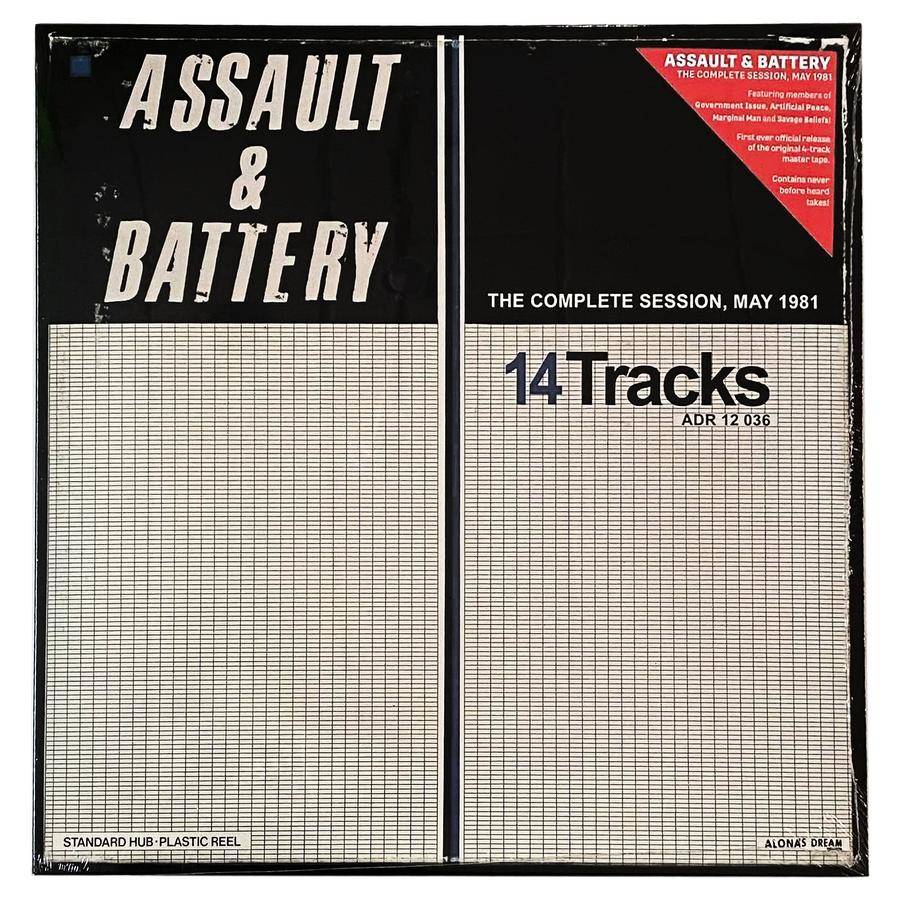 Assault & Battery: Complete Session, May 1981 12” (Alonas Dream Records) The early 80s Washington, DC hardcore scene is extraordinarily well documented compared to other scenes, but Assault & Battery might be the band that got away. They were only around for a few months in 1981, but they played shows with Dischord bands like SOA, Minor Threat, Youth Brigade and Government Issue. What’s more, their guitarist, Brian Gay, was also the bass player in the original lineup of the GIs. And in 1983, Assault & Battery bass player, Rob Moss, would go on to play in the GIs as well. They were probably a bit too early to appear on Flex Your Head because, by the end of 1981, their guitarist had moved to Chicago for college (he started the band Savage Beliefs there) and Assault & Battery joined up with the guitarist from the recently disbanded Red C and changed their name to Artificial Peace. Fortunately, Assault & Battery left behind this eight-song session recorded at Hit & Run studios, which has had a long life in the tape trading underground and appeared (miscredited to Artificial Peace) on a (bootleg?) 7” and CD on Lost & Found Records. This reissue, however, is the first time the source has come from the original studio master, and it is 100% essential for anyone into early 80s Washington, DC hardcore… which is to say, anyone into hardcore. Of the DC bands you probably know, Assault & Battery reminds me the most of SOA and Youth Brigade. While Teen Idles were punkier and Minor Threat a little more sophisticated as songwriters and players, Assault & Battery is pure ferocity with little concession to outdated concepts like melody. Still, though, the music is fucking great, building exciting, dynamic songs out of parts that are relentlessly intense, fast, and tough. The recording is also great, with a similar power and richness of texture to what was coming out of Inner Ear studios at the time. I know everyone and their mother is reissuing their long lost early 80s hardcore band, but this is the cream of the crop. If you love early 80s USHC, you need this.