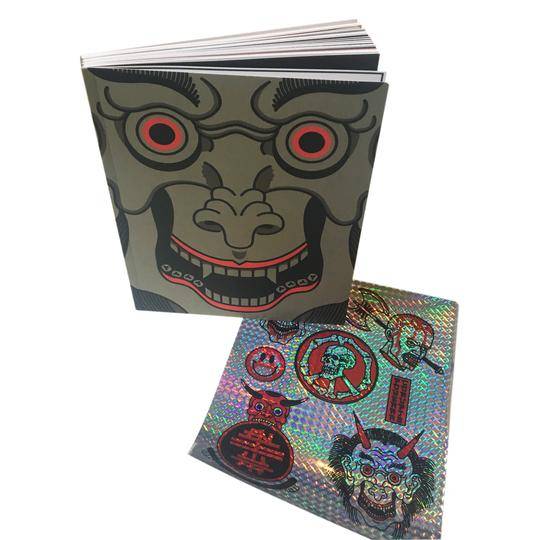 Alexander Heir: Warrr2k book (Sacred Bones Books) Second collection of Alex Heir’s artwork on Sacred Bones Books. I must admit, while I’ve always been a fan of Alex Heir’s artwork I didn’t expect to be as blown away by this collection as I am. While I can see the influence of other punk/underground  artists (particularly Pettibon and Sakevi), pouring over four years of Heir’s work helps me to understand how he has developed his own aesthetic (or, more accurately, aesthetics). There’s a broad array of styles, themes, and tropes at play in this book, like his adaptation of imagery from Japanese ukiyo-e prints, his more graphic / cyberpunk kind of stuff, and his enigmatic and intriguing use of text. More than just noticing these patterns, though, what strikes me about Warrr2k is how transgressive and underground it is. Being a 38-year-old man I rarely get that feeling like I’m experiencing something I shouldn’t be, like a little kid sneaking one of his parents’ cigarettes or passing around a pilfered porn mag (which I guess is something that doesn’t happen anymore in the post-internet world). Heir’s work has that quality of seediness and subversion because he’s giving us the real shit, cutting right to the psychological quick. A lot of times it's cliche when artists use the kinds of imagery that Heir trades in (particularly graphic violence), but Heir isn’t just reshuffling familiar cliches. When I see slogans like “POWER THROUGH VIOLENCE. THEY HATE YOU” paired with one of his confrontationally graphic designs, I get this little twinge like a kid caught with my hand in the cookie jar, because these are thoughts and feelings that society teaches us to suppress. However, Heir dives head-first into these ideas, resurfacing to show us what he’s found through his artwork. This book reproduces Heir's work in beautiful full color (this isn’t a dinky zine but a proper, square-bound art book) and there’s a ton of work here, much of which you won’t have seen even if you follow Heir. I’ll be filing this on my bookshelf next to classics like Fucked Up and Photocopied and Fuck You Heroes, art books I flip through whenever I need a reminder of how artistically and intellectually vibrant punk rock culture can be. 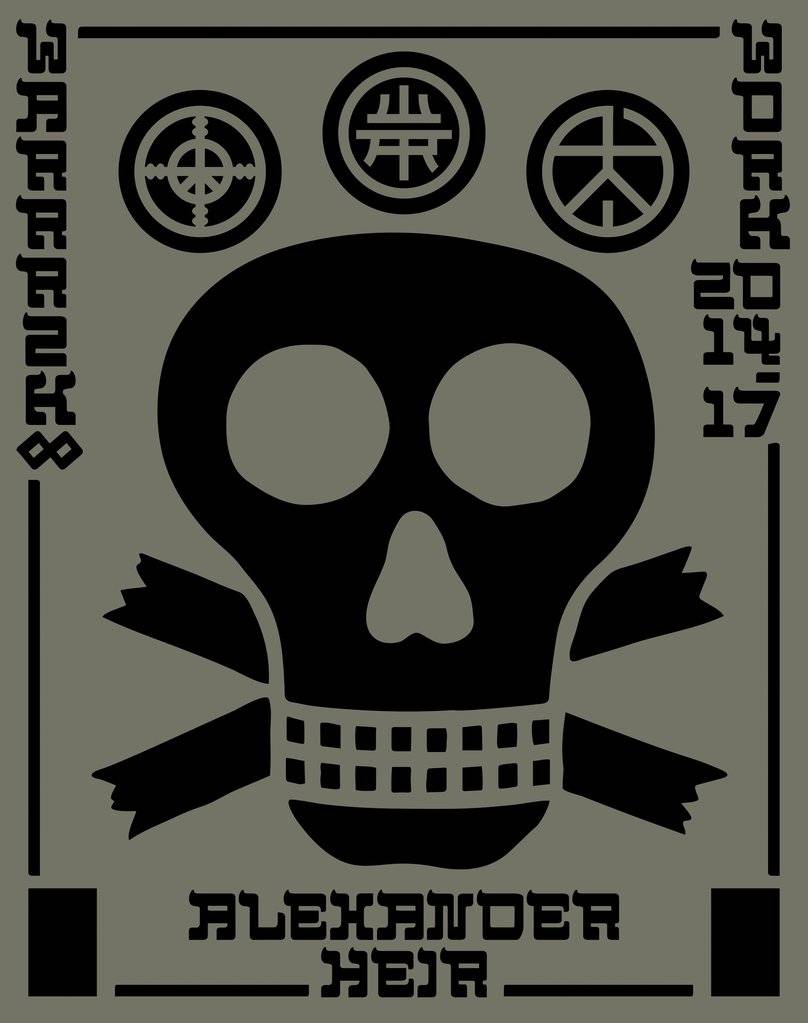 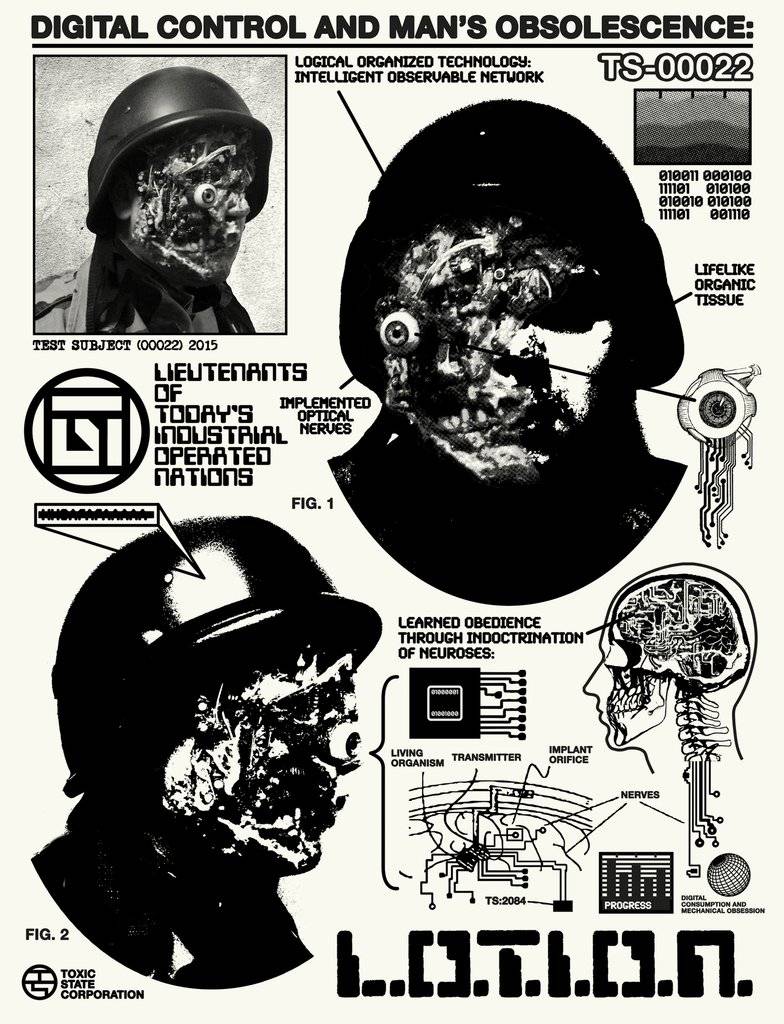 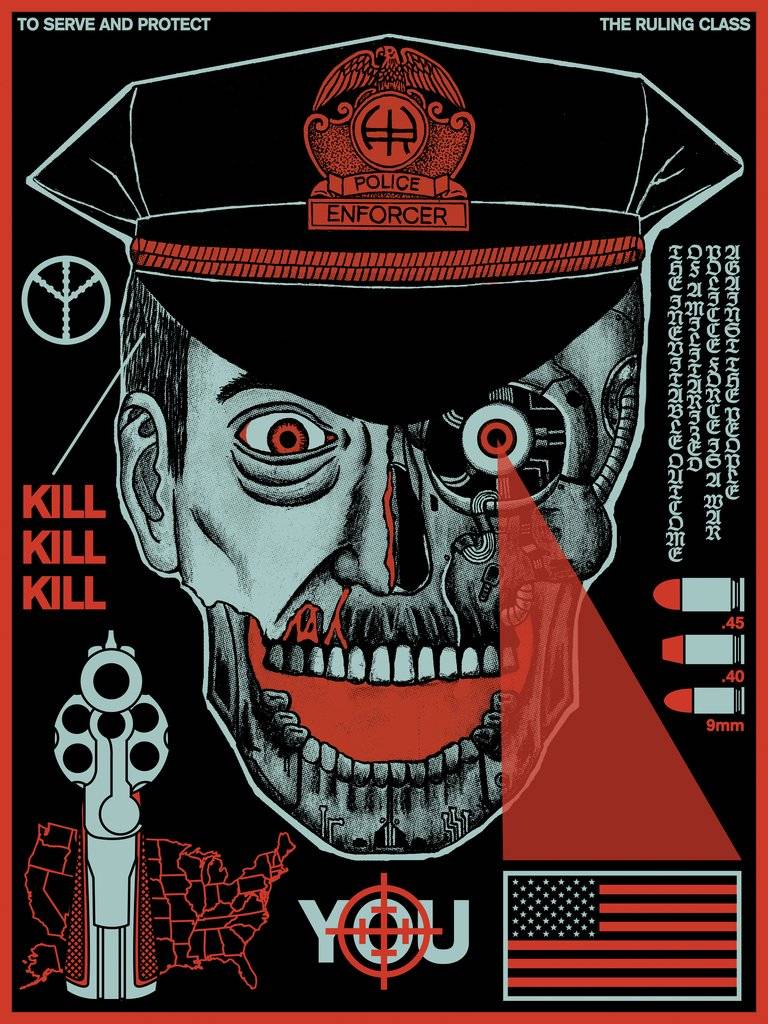 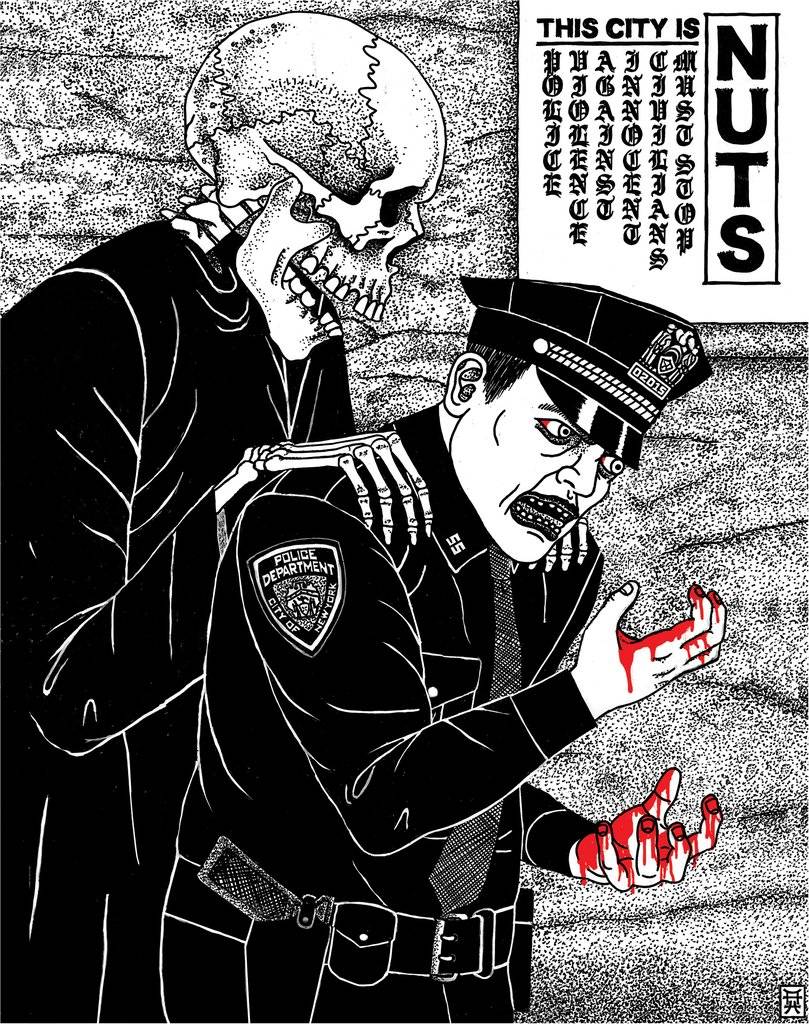