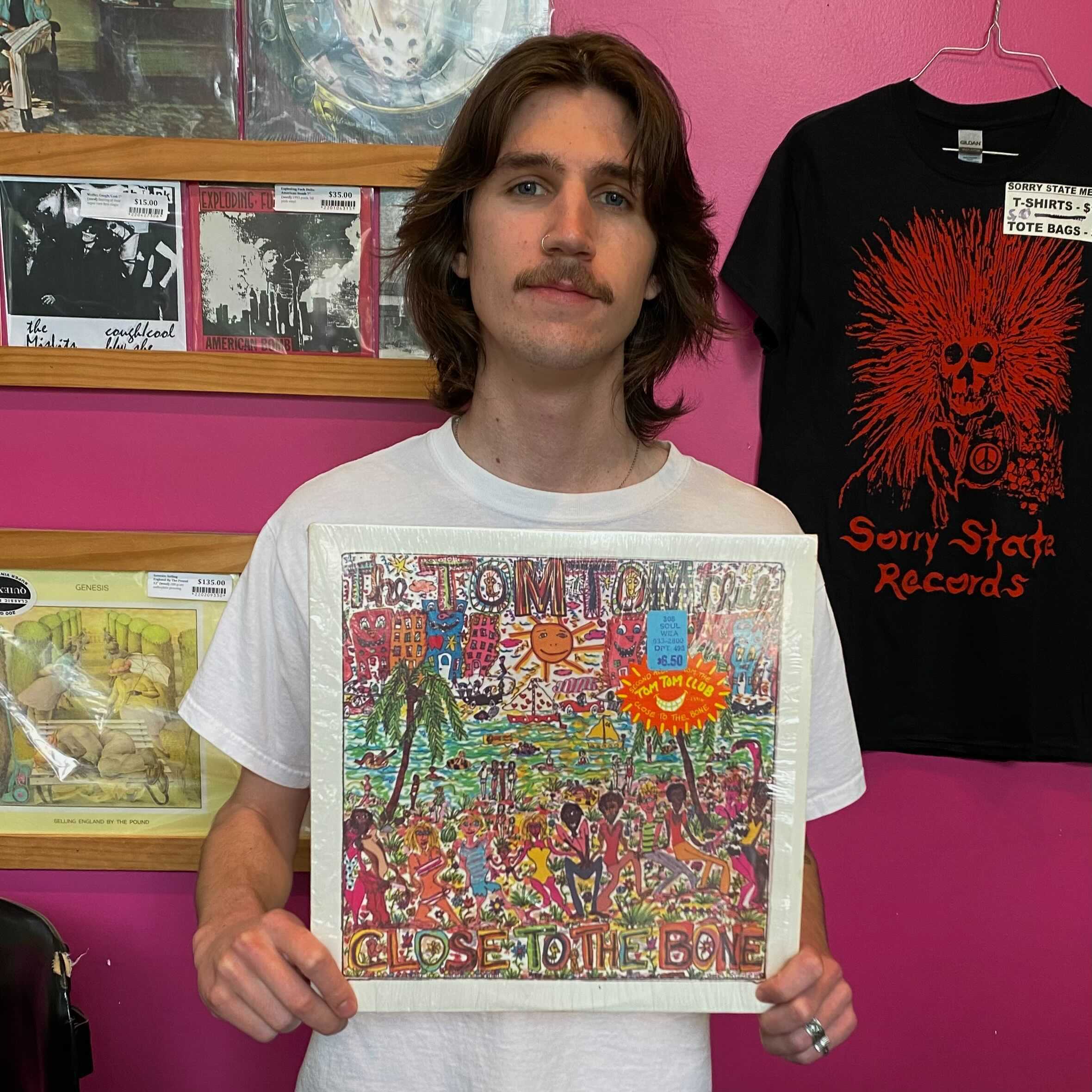 What’s up Sorry State Readers? I hope everyone had a good week. As we enter these warmer spring months, I find my listening habits changing up a little. Everything is green and blooming again, and naturally I’m drawn towards more upbeat and bouncier music. This week I’ve been listening to a lot of Tom Tom Club but the album I want to bring attention to about today is Close to the Bone. If you’re not familiar with Tom Tom Club, the band was originally founded as a side project by Tina Weymouth and Chris Frantz, husband and wife duo of Talking Heads fame. Recorded in 1983 down at Compass Point Studios in Nassau, this record is the follow up to their highly successful first self-titled album and features heavy reggae and dance club influences all over it. The legendary reggae producer Lee “Scratch” Perry (R.I.P.) was set to produce the first record for them but failed to show up to any of the scheduled recording sessions, so they took matters into their own hands with the assistance of Jamaican engineer Steven Stanley, who at the time was only 23. The band also took the reins for the second album. Both records feature beautiful cover art by artist James Rizzi that I get lost in every time I look at them. Back to Close to the Bone specifically though, this album is packed full of groovy tunes. Tracks like “The Man With The 4-Way Hips,” “On The Line Again” and “Pleasure of Love” were all met with great underground success. I love the B-side of this record, it’s so much fun to listen to. I find the lyrics from “Never Took a Penny” stuck in my head after every listen.

You made me so unhappy

Shit just hits sometimes. I also really love the song “Measure Up.” It’s a lively song that’s got a lot of different stuff going on in it; I’ll include the track in a link below. In short, this album is a lot of fun and a great listen while enjoying a nice spring picnic or out on the beach this summer. If you haven’t yet, give it a listen.