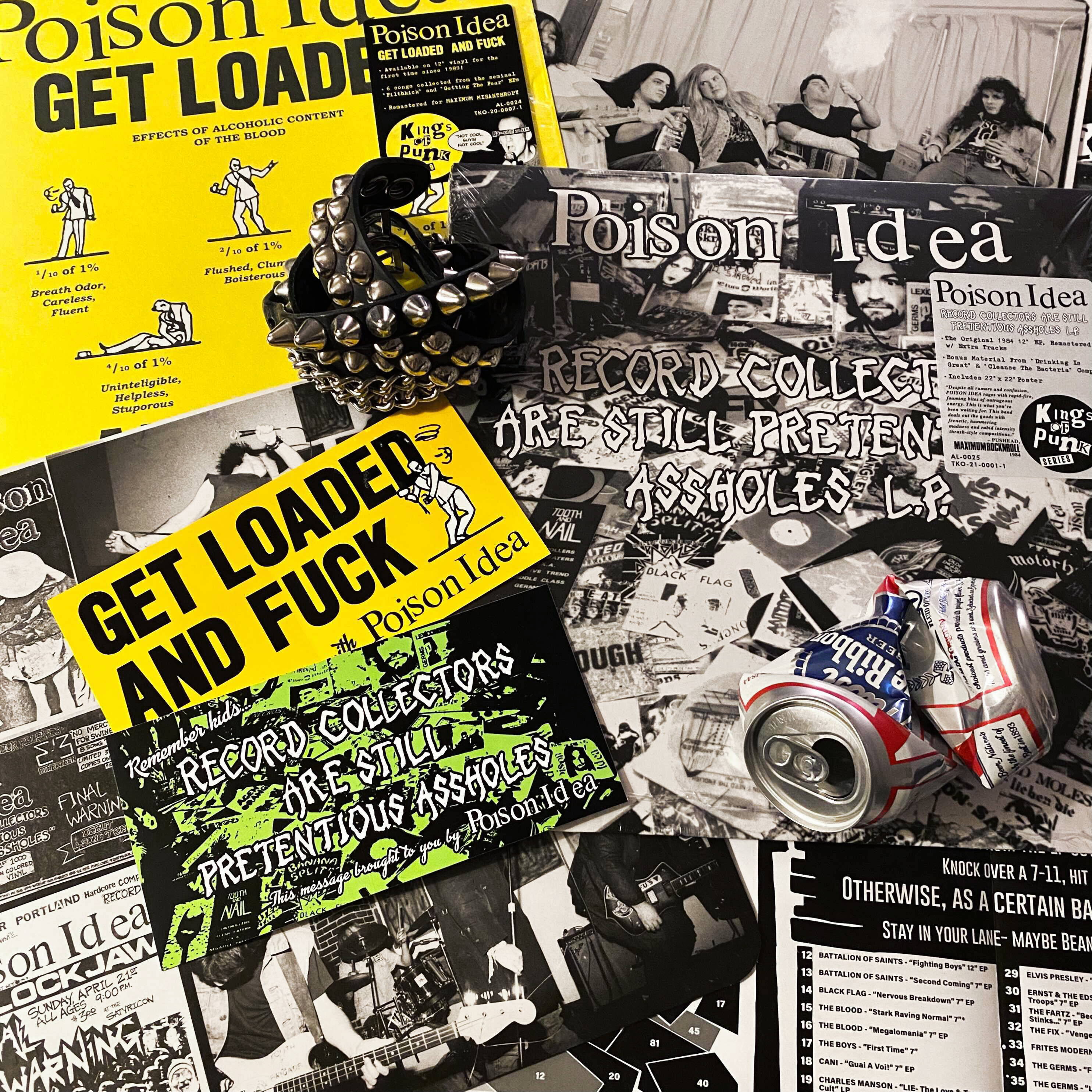 So I’m finally back to write for the newsletter after my trip to NYC, and STILL all I wanna talk about is Poison Idea…

But first, since I missed my opportunity last week, I have to write a little bit about the trip. Firstly, biggest appreciation to Jim and Amy in Philly (as always) and Mike H in NY for giving us Acid idiots a place to crash and putting up with our nonsense. It was truly humbling to watch some of the best bands in hardcore every night. All the bands ruled. Quarantine is insane, and I can’t wait for their new record. Impalers were a blast to see since it had been years. Public Acid played a spontaneous show at a small bar in Brooklyn and our homies in 80HD tore it the fuck up. And of course, Warthog’s 10-year anniversary performance was really special to see. If you haven’t seen footage yet, the dramatic opening of the curtain at the beginning of their set made my jaw drop. Public Acid’s own Eric Chubb kept drunkenly repeating, “That was coolest thing I’ve ever seen!”

Anyway, back to Poison Idea. TKO is truly doing the lord’s work with these series of reissues. Even though I already owned most of the recordings on these latest 2 offerings on other versions of these records, I still feel like a fool for not paying more attention when the limited versions dropped. Oh well, black vinyl will have to do! Goddamn, I really do feel like a pretentious asshole. The care that was put into the packaging on both of these reissues has great attention to detail and really feels like it was designed for someone who’s a big fan of Poison Idea. Get Loaded and Fuck, more infamously known as the Ian MacKaye 12”, compiles tracks from the Filthkick EP, Getting the Fear 12”, and an extra track. Only 6 songs, but daaaaamn such a killer under-the-radar batch of songs from the War All The Time-era line-up of the band. The attention-grabbing hype sticker even has little Easter eggs like a little headshot of Ian MacKaye. As for the other record… Of course, we are provided with the properly updated title for the reissue of Record Collectors Are STILL Pretentious Assholes. It doesn’t get much better than that. This classic EP also comes with a few bonus tracks including the band’s compilation cuts off of Drinking Is Great and Cleanse The Bacteria. Both LPs contain heavy duty inner sleeves with tons of cool photos both from the early period of the band and the latter period, along with setlists, flyers, etc. Both records come with funny and profane bumper stickers, both of which I want to paste onto my vehicle. But then obviously I’d have to get a 2nd copy of each record to have an unpeeled sticker (again, pretentious asshole over here.) Then, the most rad and legendary part of the packaging… Record Collectors includes a poster with a map key pointing out every single record included in the notorious cover photo… AMAZING. I hear that TKO has some more goodies in the pipeline with some other much pined-after bonus packaging ;)

Damn, I love hardcore. And records. I mean seriously, I think the cover of that record must be the model for me and a bunch of my dumbass friends’ obsession with all this mess. It occurred to me that all the stuff I just rambled about is probably information that is readily accessible from TKO before you buy either of these records. But who cares? I’m just reiterating because it RULES.

Forgive me for figuratively drooling all over you in this newsletter write-up. I’ll try to tone it down next week. As always, thanks for reading.