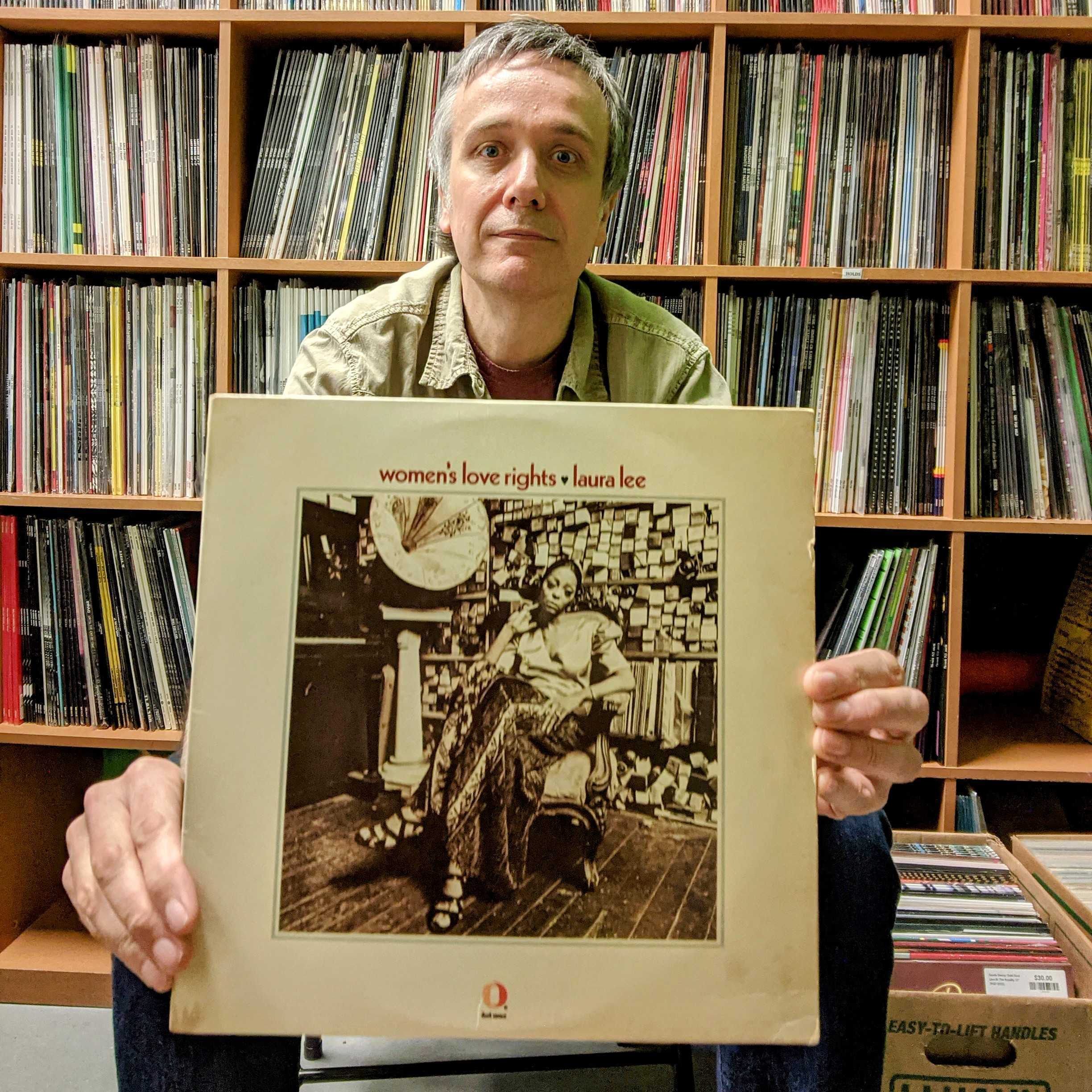 Hi there, one and all and thank you for reading our newsletter. It means a lot to us that you take the time to do so, and we of course hope that you leave with something cool to check out and get into. This week the conversation here in America is centered around the right’s attack on a woman’s right to choose what happens to her body. These nut jobs are intent on rolling back fifty years of freedom and progress and won’t stop there. I mean, they’re even going after Mickey Mouse. This weekend should see protests across the country to oppose this potential overturning of Roe Vs Wade by the Supreme Court and here in Raleigh we are expecting folks to come out. Without getting into a political discourse here as this is not the place, I will use this as the link to my pick for you this week, as it seems appropriate.

On the humble radio show I do over at The Face Radio we played a track from this album, and it got some good responses and rightly so; it’s damn good. We played a cut called It’s Not What You Fall For, It’s What You Stand For and lyrically it says it all. Add the fact that the backing is a killer funk-soul track, and you have a certified winner. Go take a listen.

Laura Lee was born in Chicago and raised in Detroit. Her career began singing Gospel with The Meditation Singers in the late 1950s. She toured the country with them successfully for many years until making the switch to a secular career in the mid 1960s. Signed to Chess Records, they attempted to score a hit with Chicago produced tracks but a move to Rick Hall’s Fame Studios in Muscle Shoals resulted in the song Dirty Old Man becoming a top twenty R & B hit and a top 100 pop hit. This was followed by several more R & B hits, but in 1969 she left the label and after a quick spell at Cotillion found her way to the newly formed Hot Wax label in 1970. Hot Wax was the label set up by Eddie Holland, Lamont Dozier and Brian Holland, the three brilliant songwriters and producers who had just left Motown. They scored hits with acts like Honey Cone, 100 Proof (Aged In Soul), Flaming Ember and with Laura herself. The label stayed around for just four years and was folded with acts moved to the sister label Invictus, another Holland-Dozier-Holland run label whose big successes were with Freda Payne and Chairmen Of The Board. The label is also notable for releasing the first Parliament album, Osmium.

Women’s Love Rights, the song, was released as a single and ended up becoming one of her biggest hits, breaking into the Pop top 40 charts. It’s a great song and sets the tone for the rest of the album where every song discusses the female experience from one angle or another. Musically, the sound is similar to the pop-soul sound of those Honey Cone records, but Lee’s gutsy and raspy soul delivery makes these songs just a little but more special and meaningful. That she is singing about woman’s liberation issues right as Roe V Wade was being settled into law is not lost these fifty years later. It is astonishing that we are considering overturning that landmark decision and rolling the clock back. It makes a work such as this record stand out even more now. It was already a great record but deserves even wider exposure to a new and younger audience.

Side one is packed heavy with bangers. Wedlock Is A Padlock is a terrific song that talks about exactly what you think it does. One of my favorites is the song I Don’t Want Nothin’ Old (But Money) where Laura puts down her old loves and tells us what will cut it with her. On Love And Liberty we get a telling of the state of affairs in women’s liberation and it makes you sad to think that there are still people (men) that want to turn back the progress that had been made up to that point back in the early 1970s.

The second side of the record switches gears slightly and tackles the subject of love and relationships in a more traditional manner with less of the protest but with just as much soul and passion. She takes an old standard like Since I Fell For you and extends it with the sort of personal confessional rap that Millie Jackson would do so well and make popular during her career in the 1970s. On Two Lovely Pillows, a love song, Lee’s vocals really make the difference and transform the song into something much more urgent and pleading.

It’s all great stuff and basically a top soul album from start to finish. Kudos to producer William Weatherspoon, another Motown man that came over with Holland-Dozier-Holland. He worked his magic on Freda Payne and Chairman Of The Board among some of the other Hot Wax & Invictus label acts.

Lee cut another album shortly after for Hot Wax called The Two Sides Of Laura Lee and her former label Chess also issued an album of her earlier sides called Love More Than Pride, cashing in on her current success but in the process creating a decent album of songs. Around this time Lee began a relationship with singer Al Green and left the Holland-Dozier-Holland stable, but soon after became seriously ill and had to retire from the industry. She reappeared later in the 80s with a gospel album and once fully recovered in the 90s continued her life as an ordained minister and singing mostly gospel.

It will be those late sixties sides and the two early seventies albums that she will rightly be remembered for, and I would encourage you to seek out a copy of any of the three albums I mentioned, but look out for Women’s Love Rights. It speaks to us now just as strongly as it did fifty years later. Thank you, Laura Lee.

Before I sign off a quick note to tell any of you that might be interested in knowing that we have in stock a few copies of The Gentle Cycle LP I mentioned a couple of weeks ago. It’s a good album and on nice green vinyl too. Snag one while we have ‘em.

Okay, that’s my lot. Cheers everyone. Take care, love each other and I’ll see you here next time.