This Friday, November 22, Sorry State will release the debut cassette from Durham, North Carolina's Cochonne. Not knowing much about Cochonne (and assuming that Sorry State's followers know even less), I decided to reach out to them with a few questions, which bassist / vocalist Mimi kindly answered via email. Cochonne's tape is already streaming below, so give it a listen and pick up the cassette at their release show at the Nightlight in Chapel Hill on Friday Nov 22, or from Sorry State's web shop or physical store. 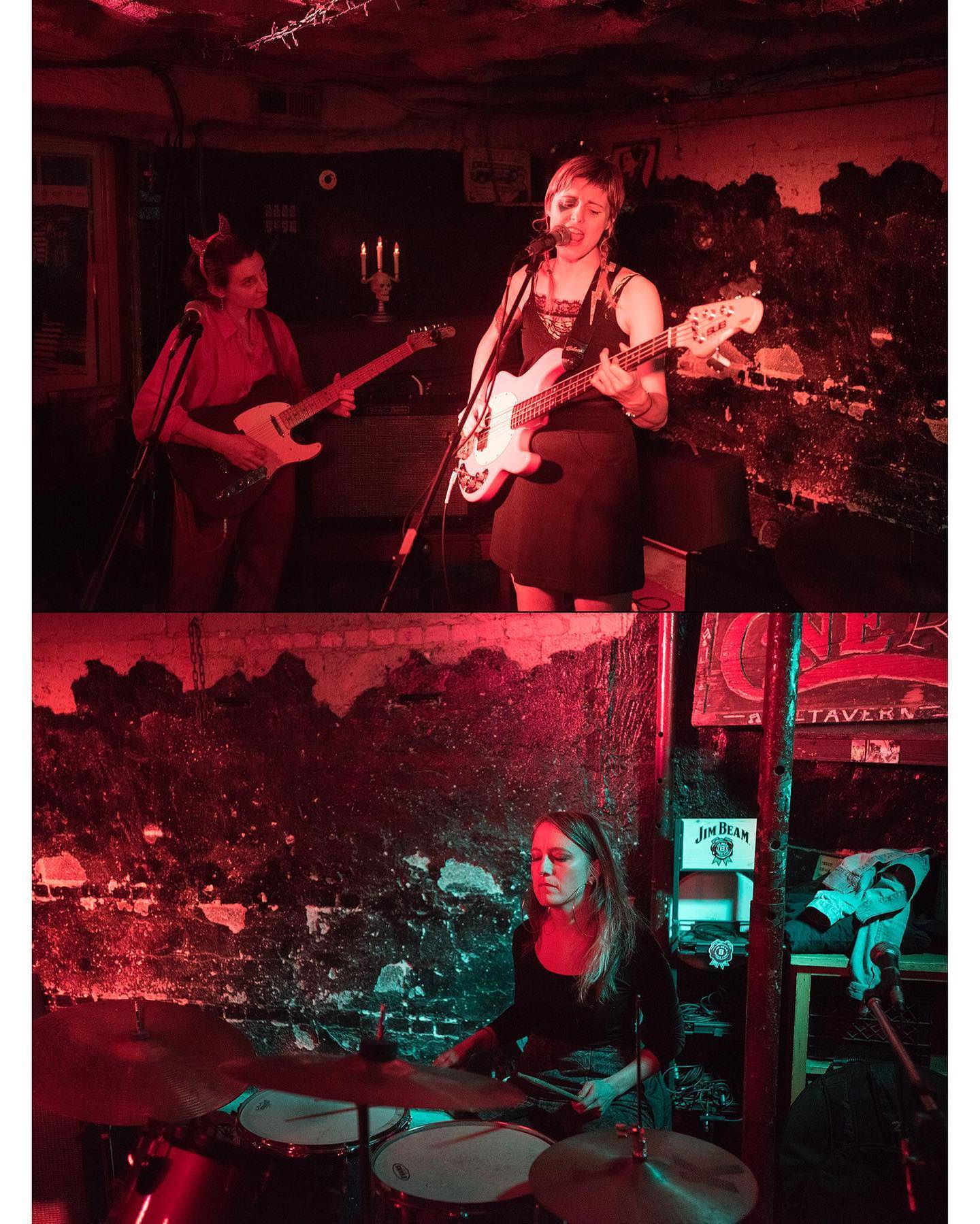 1. Can you give us the when, where, why of how Cochonne started? Did you have any particular ambitions or goals when you began?

Cochonne started thanks to the structure-less schedule I had as a grad student in Durham. Learning to play music was initially a form of procrastination and then eventually I found some friends to do it with.

We want to make music that we enjoy, and we enjoy weird catchy post-punk, no-wave and garage. Some of my personal favorites are Pink Section, The B52s, Teenage Jesus and the Jerks, Rosa Yemen and Kleenex as well as the new punk that is coming out on labels like Feel it, Sorry State, Lumpy, Upset the Rhythm, La Vida es un Mus, Stucco and others. That said, we don’t necessarily make music that sounds like any of that.

2. I know you had a bit of a hiatus after the band's initial spurt of activity. When was the tape recorded? Do you think it's a good representation of where the band is at?

We formed* in 2018 and Trevor Reece (of Drag Sounds) did a beautiful job recording it for us on his 8- track that summer, but a week later I had to return to France to finish my Phd so we went on hiatus until the Spring of 2019. It took a long time to make a tape because I had to learn how to mix it and I had to finish my dissertation. The songs on the tape are the first songs I ever wrote, and Marielle (Dutoit, guitarist) who is incredibly talented and has her own band, Corroder, wrote a lot of the guitar parts. Usually I’ll write a demo and the other band members will add to it, and the song evolves completely.

Since then, of course the band has changed. We have new songs that we are playing live that I am really excited about that are probably a little darker.

3. I notice the band's name is French, and I think I remember you telling me that you spent some time in France. How does France / French culture figure in Cochonne's sound or other aspects of the band? Any cool French music recommendations for us?

Cochonne means female pig in French but in contemporary French slang it’s a pornographic search term, used to describe a woman who enjoys transgressing the boundaries of “the demure” in a bedroom context. Basically, a kind of nasty pleasure. So I liked that.

I am half French. I have distinct memories of discovering a collection of French Yé-yé 45s at my grandmother’s house one summer and putting France Gall, Jacques Dutronc, and Francoise Hardy on repeat with my cousins. I loved the wit and false naivety of that genre and the way the vocal melodies interacted through a kind of call and response with the instrumentation. As an academic I had the opportunity to live in France for a long period of time, and Parisian friends introduced me to weirder varieties of this music, through re-issues on independent musician-run labels like Born Bad. A song like “Mensonge Humain,” which means “Human Lie,” is a take on that genre. The lyrics are at once naive and deeply serious questions about the differences between human forms of deception and the way that animals are more honest about tearing each other to pieces, all while the melody remains upbeat.

In terms of interesting French music, I recommend anything on the punk label Danger Records.  They’re now in Brussels but used to be Paris. Other French bands I really like are Coke Asian, and Gomme (both from Paris) and some Strausbourg acts like  SIDA and Slaylor Moon.   I also recommend the Parisian noise music series that my bud Max puts on called CmptrMthmtcs and a feminist/ non-gender binary music festival Comme Nous Brûlons that my friend Nastasia is involved with.

4. What's next for Cochonne?

We have a bunch of new songs, so we are going to make some more recordings soon and we are planning a tour and are excited about that!

*We were first called ODV, a play on the French term Eau de Vie, which literally means water of life but is a plum liqueur my grandmother drinks). Eventually it got tiring explaining the acronym to people so we changed the name to Cochonne