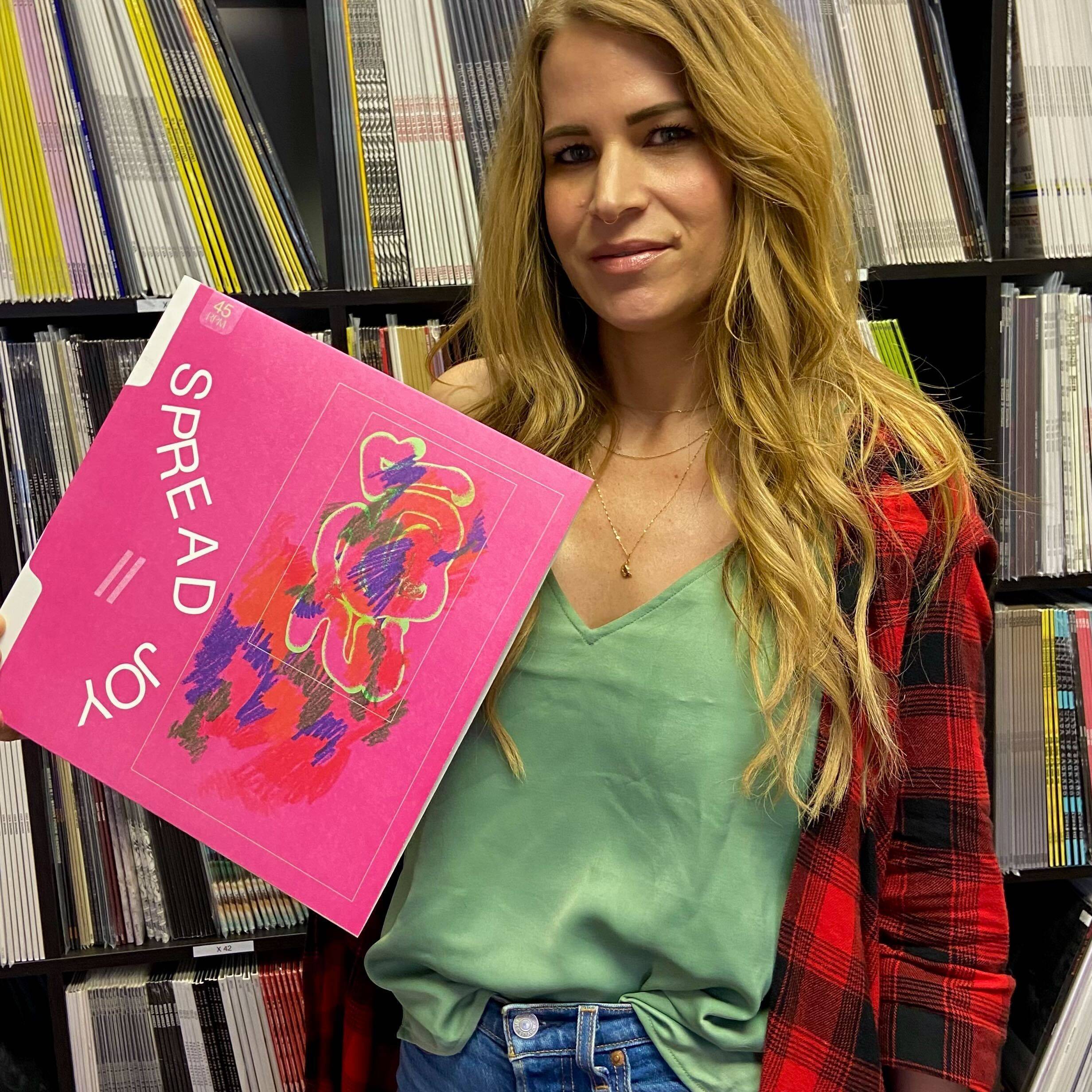 Hi Sorry State fam! I hope all is well and you’re out there catching shows and not COVID, and that you’re buying/acquiring cool shit to listen to!

My pick of the week is the newly released Spread Joy II album. As I was writing this week’s blurb, I noticed a pattern in my staff picks. I’ve totally been gravitating toward fun, fast, high-energy grooves, so the new Spread Joy was a no brainer.

Compared to their much loved S/T debut album, this one is a good three minutes longer. Clocking in at a modest 17+ minutes, the band continues to give us only what we need and zero filler. And they really do a great job deciding what’s necessary, because I don’t walk away feeling like I was short-changed at all. Speaking of short, the opening track, Ow, is a 45 second whirlwind that might make you second guess whether you have the album on the right speed. It’s so damn catchy and abrasive (in the best way). My point is it’s so satisfying I didn’t notice how short it was.

The album is clean and crisp, bouncy and frenetic, with sick bass lines that lock in perfectly with the super crisp and clean drum beats. It’s razor sharp all around, and just as tight as their debut. But head to head, this one has an edgier vibe, and I think that has a lot to do with the vocal delivery of Briana Hernandez. Which is fucking rad.

Briana’s vocal style is diverse and high energy. It shifts from bouncy and poppy to shrill and erratic. I wouldn’t call it riot grrrl, but it does toe the line here and there. At times it even feels like she’s about to go full Kathleen Hannah. I mean, I wouldn’t mind a few ear piercing, rage-laden screams, but I’m also perfectly content with her fresh and really interesting vocal delivery. A great example of that is on the song Discomfort is Palpable, where it sounds like she’s crying the song instead of singing it. And if that was the intent, it’s brilliant. I want to hear more people cry their songs. Not cry ON their songs. Cry their songs. That’s an important distinction.

Having not heard Spread Joy until this latest release, I didn’t know what to expect. They are frequently described as post-punk, which, sidebar, is such a catch-all that it tells us absolutely nothing. Just in general, it’s become nothing more than a “safe phrase” to spare oneself a stern virtual lecture on what is and isn’t punk. You know, a wise man by the name of Ian MacKaye—maybe you’ve heard of him—was once asked how he would define punk, and he said (paraphrasing) that punk is just a free space. A free space to create. And that’s what Spread Joy sounds like to me. They sound free. They sound unburdened by labels and constraints and rules. They sound like a band that’s here to move shit forward, whether we like it or not. They sound punk.

Oh! We’ve got the new Spread Joy album in black and also a stunning clear coke bottle green. I know colored vinyl isn’t everyone’s bag, but there’s just something about clear vinyl that sounds far superior to other non-black vinyl. And don’t sleep on their first album either!

That’s a wrap for me. Thanks for reading and have a great weekend!