All Things to All People Vol. 9 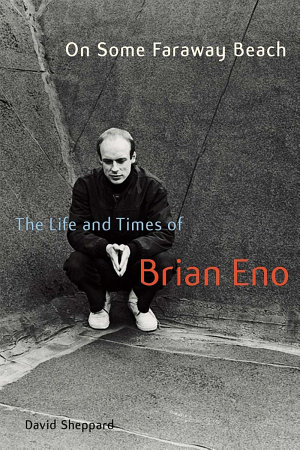 Since updating everyone on my reading habits has become a regular thing on this blog, I thought I'd write about my current reading material, this biography of Brian Eno called On Some Faraway Beach by David Sheppard. I'm about three quarters of the way through the book and I'm quite enjoying it. It's definitely written in a peculiarly English way, with this occasionally jarring combination of (pseudo-?) academic prose and off-the-wall punning that seems ripped straight out of a vintage NME. The book has shed a lot of light on a number of parts of Eno's career that I hadn't known about before. I'm a huge fan of pretty much everything he did up to Music for Airports (and I do like some of his ambient stuff as well), but I honestly didn't know much about his tenure with Roxy Music even though I've gotten quite a lot of play out of their first two albums over the years. There was quite a lot of detail about that as well as Eno's early solo career that gave me a lot of new context for some of my favorite records ever. I've also learned about a lot of bands / projects that I didn't know about before. In particular, the book implies that Phil Manzanera is one of the most important collaborators of Eno's early solo career, and I'm itching to explore a bit of his solo career as it sounds right up my alley. The first thing I checked out, though, was the 801 Live album.

Of course I recognize the refrain "we are the 801" from "The True Wheel" off of Taking Tiger Mountain (by Strategy), but apparently at some point Phil Manzanera decided to take the 801 concept/name and turn it into a functioning band comprised a lot of people from the whole glam / prog scene that Eno was part of. Even though his own attempt at being a live frontman with the Winkies had gone disastrously, Eno volunteered for lead vocal duties (along with synthesizer) and they worked up a live set comprised mostly of songs from Eno's and Manzanera's solo records. While Eno left the project after just a season or so of live dates, they did release the well-recorded live album above. I've really been enjoying these tougher-sounding, more guitar-oriented versions of the Eno tracks in particular, and the Manzanera tracks definitely have me intrigued about his albums as well.

Reading On Some Faraway Beach also has me thinking back to another book about Eno that really blew my mind, Eno's A Year with Swollen Appendices. Basically, it's Eno's diary for the year 1995... it just explains what he did every day, and there's occasionally some of the pontificating and theorizing that you might expect if you know anything about Eno. I remember that one of the things that really blew my mind reading that book at the time was what I'd call the texture of Eno's life. He just sort of blithely went from project to project, and sometimes projects of incredibly disparate texture. One day he might be in the studio producing U2, then have to put together an installation piece for the Tate, then meet with some computer programmers about making computer-generated music. What really struck me was that none of it seemed like work. It seemed like, in essence, Eno was getting paid just to be Eno. People would be working on these projects and they essentially just wanted to come in and give his particular Eno perspective. What a way to live, right? It makes me wonder if most--or even any--people eventually get to this point where they have the level of expertise that they don't really have to work, they just have to come in and do their thing (which no one else really can do because they don't have their background) and never really have to put their nose to the grindstone and do things they don't 100% feel like doing. I mean, I write this realizing that I live an incredibly privileged life and I spend most of my time figuring out how to help college students write better and how to sell records, but it still feels like I work all day every day. It definitely doesn't feel like I live the life of a professional artist.

Since we just started a new year, I've been telling everyone that my new year's resolution is "less work, more punk." I suppose part of that is wanting to move toward this Eno-type of lifestyle. Over the past few years I've been very conflicted about whether my job as a teacher or my life as a punk is more important and/or what kind of balance I should try to achieve between the two, but I'm slowly coming to the conclusion that I want to work as little as possible and devote myself to living punk. I'm a very long way away from it, but that's the goal.

Continuing my discussion of different "types of punks" from last week, I've been thinking about my identity as an aesthete. This week I picked up a really good collection of punk, new wave, and classic rock. This was a really good collection, and the person clearly had taste. A lot of times people's collections seem more accumulated that curated, but this person had really put a lot of thought into the records he owned, and giving them all up was obviously a big decision. After we loaded the records into my car and I wrote the check we just kind of hung out and talked about music for a couple of hours. I think the guy kind of needed that as a way to honor not only his collection, but all of the time that he spent assembling and caring for it.

I mentioned last week that I am a record nerd, and it's taken me a long time to kind of come to peace with that aspect of my identity. Of course it can seem materialistic to be so into stuff, but it can also seem vapid to define yourself so much by the things you like (as opposed to what you do or who you are). But, appreciating art is probably my favorite thing to do in the world, whether it's sitting in front of my record player, watching a live show, going to an art museum, or reading a great book. To me, this seems like the highest form of sociability. When human beings create art we are putting ourselves out there at our very best... by putting our stamp of approval on something as an artist we are saying "this is me, this is the way I see the world, and this is what I value enough to give back to the world." So, appreciating art is basically taking the time to listen to people when they are attempting to be their very best. Thinking about it this way it seems like much more of a noble pursuit.


As I was just about to post this I got the news that David Bowie had died. It seems like every time I post one of these things there is some other hugely important figure to eulogize. Obviously I love Bowie and hold much of his work very, very dear, but I've been thinking about him a lot lately as I've been reading that Eno book, which goes into some detail about the "Berlin trilogy" they worked on together in the 70s. Not having been alive at that time, the book really made me appreciate how brave those records were. High art is something that the public didn't expect from pop stars in the 1970s, but Bowie (along with others, certainly) changed that paradigm and blurred the lines between high and popular art. The artist's life that mentioned above is something that Bowie seemed to live every day, and according to news reports he even "staged" his death to some degree. That's rather morbid, but it's also very exciting and interesting, and I would expect nothing less from Bowie.